One of the best known fish that you can find in the Fraser River is the White Sturgeon. If you’re planning on making a trip for a spot of White Sturgeon fishing you will want to make sure you are clued up on the facts and habits of this prehistoric behemoth.

About the white sturgeon

This species of fish is also known as Pacific Sturgeon, Oregon Sturgeon, Columbia Sturgeon, Snake Sturgeon and the Sacramento Sturgeon. In the Fraser River fishing scene, the species is best known by White Sturgeon.

The White Sturgeon is the largest freshwater fish species you can find in North America and one of the largest in the world. With an average length of 1.6m or 5 foot 2 inches, you will know all about it if you manage to catch one of these monster fish. The largest ever caught was thought to be an incredible 12 feet 4 inches – think about that when you’ve been fighting a 6 footer for half an hour and your arms are screaming!  Our sturgeon guides regularly see fish on the sonar that defy belief in terms of how big they look.

White sturgeon tend to live a long life with many thought to be over 100 years old. Population estimates suggest there are around 45,000 sturgeon in the lower Fraser river area. The highest population of White Sturgeon you will find range between the ages of 11 and 36 years old. You can tend to tell the age by their size as the older they get, the bigger they grow.

Where to find them

So where can you find White Sturgeon in the Fraser river? These fish can be found in the estuaries of large rivers so they can be found around the Vancouver area but they spread all the way up the Fraser canyon and beyond. Chilliwack, BC is widely regarded as a hub for sturgeon fishing due to the easy river access and consistent population. Sturgeon mostly live around deep soft bottom areas but you will find them all across the Fraser river depending on the time of year. The White sturgeon have been found to head further upriver to freshwater areas to reproduce in the spring so you might want to fish further inland during these migration times. Research has found that the fish are more sedentary in the Winter and most mobile in the Spring and Fall seasons.

Despite much success in daytime fishing, White Sturgeon are actually thought to be most active at night and it is believed that they are nocturnal foragers. However,  they will still be out and about in abundance during the day so there is no need to get the night vision goggles out just yet. Despite their reputation as a slow moving bottom dweller, white sturgeon are surprisingly active hunters – seeking out salmon and smaller prey fish such as herring and shad which can also be found in abundance in the Fraser river. Likewise, if you hook one be prepared for the fight of your life! These fish will fight hard, frequently jumping and running for a long time.

As the largest and one of the most important fish species in North America, conservation efforts are in place to make sure the White Sturgeon remains in our rivers. Conservationists will monitor the fish using acoustic tagging with mark and recapture strategies in place. Through this monitoring, the fish population and behaviors can be closely assessed the impact that events on the river have on the White Sturgeon such as flooding and human impact such as construction of dams.

Through these conservation efforts, we can make sure these beautiful fish can remain the top trophy of the Fraser river for generations to come.

Get the latest offers, trip updates and insider info on all things Mainlanders 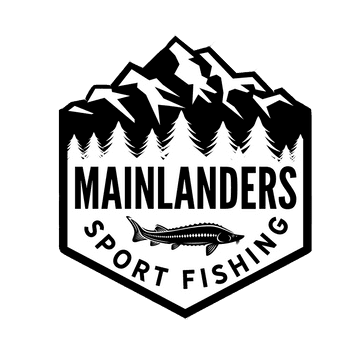